Alicia Carroll is the owner of Everything Royal, a dealer specializing in English and Russian royal family commemoratives and memorabilia.

Why is the British royal family the most famous family in the world and admired by so many in the United States? The answer: Princess Diana. 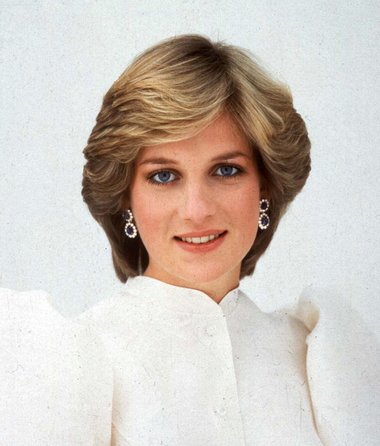 Associated Press Diana, Princess of Wales, in a portrait taken by Lord Snowdon in 1982.
Princess Diana, 15 years after her death, is still one of the most famous people of all time. Before she came on the scene in 1980, very few people in the U.S. paid attention to the royals or could tell you the name of the queen of England. Diana changed all that.

Here in the U.S., our celebrities -- entertainers, actors, athletes, musicians, even politicians -- leave much to be desired. Meanwhile, millions of people go to England every year for one reason: they want to see The Queen and Buckingham Palace. By contrast, millions come to the U.S. every year, but, it's not to see the White House or our president. They come to see Mickey Mouse.

Princess Diana was a breath of fresh air. She married her prince and moved into a castle. And even though she didn't live happily ever after, she touched people with her support for numerous worthy charities and with her very human flaws and vulnerabilities.

Even Queen Elizabeth was amazed at the attention Diana brought to the royal family.

With the wedding of Prince William and Catherine Middleton, the monarchy has a new generation of royal watchers. Hopefully, they will not disappoint us.

On this, the 60th anniversary of Queen Elizabeth's reign, I say: Long live the queen!

Posted by Everything Royal at 5:55 PM