An Evening With the Royals

An Evening with the Royals - Doc Zone | CBC-TV

An Evening with the Royals

Join CBC for “An Evening with the Royals” as we take a look at the media and marketing frenzy surrounding the royal family, especially with the upcoming wedding of Prince William and Kate Middleton.


Marketing the Monarchy (at 8 pm on CBC-TV) – Prince William and Kate Middleton's upcoming wedding has sparked a worldwide marketing frenzy. The pending nuptials are expected to flood the economy with over a billion dollars of merchandise - a sales bonanza not seen since the wedding of Charles and Diana.  And it's not just the Brits; monarchy fans all over the globe are opening their wallets for a piece of history from $10 plates to $5,000 paperweights.

At factories across England, manufacturers  are spinning out their porcelain cups, mugs, and plates at breakneck speed. Five thousand miles away in Yiwu, China, jewellery dealer Fu Xuxian began making replicas of the engagement ring just days after the announcement. And souvenir shops across London are trying to keep up with the consumer demand for anything and everything William and Kate.

Caroline Davenport in her Diana room
This documentary takes viewers into the lucrative world of marketing the royals.  We'll meet top royal memorabilia broker Alicia Carroll, who is the first stop for serious collectors. Carroll, who lives in Beverly Hills, possesses - and has sold - some of the rarest and most sought after items on the market ranging from Princess Diana's personal address book to the love letters Prince Charles wrote to his former Canadian lover. As a big-time dealer, she has moved millions of dollars in royal merchandise. 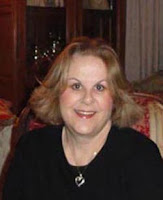 Making money off memorabilia is one thing, but the crown jewel of marketing comes in the form of a Royal Warrant. Royal Warrant holders carry the official seal of approval from the Queen herself.  From Hunter boots to Burberry to Twinings Tea to Kimberly Clark toilet paper, these companies are cashing in on the cache of belonging to an exclusive court of brands. Membership is an arduous and complicated process and can be revoked. At any time.

But the power of the Palace doesn't stop there.  It extends its dominion further to determine what wares are allowed to bear their royal image. Plates, carpets, and cushions are permitted.  Tea towels? Not so much. When it was the discovered that the Palace was attempting a ban on Kate and William tea towels, Brits were outraged, placing this unassuming household item in the centre of a battle royale.


Marketing the Monarchy  is a whirlwind journey through time that maps the growing fascination with all things majestic. Even in the Middle Ages, memorabilia such as medallions, ceramics and tapestries were best-sellers at royal events. In 1649 a unique (and rather macabre) souvenir unfolded from the execution of Charles 1st: eager collectors dipped their handkerchiefs in the king's blood. Royal fans looking for something with a bit more material could always snap up a (very large) pair of Queen Victoria's bloomers, which recently sold for over $7500 USD.


Join us  as we take you through the fascinating world of retailing the royals. Savvy marketers, discriminating collectors, and a big dose of palace intrigue will guarantee that you see "the wedding of the century" in a whole new light.

The British Royal family has always had a love/hate relationship with the media. From Edward VIII’s abdication from the throne in 1936 to marry an American divorcee, the very public and controversial divorce between Prince Charles and Princess Diana and in more recent times, Fergie, Duchess of York caught on tape by a tabloid promising business access to her ex-husband Prince Andrew in exchange for money.
For paparazzi, the chase is on to capture unauthorized revealing photos or text messages by any means necessary. These spark bidding wars among the tabloids and the payouts are enormous.


Princess Diana was notably the most sought after Royal. She has graced the cover of countless magazines…did you know Lady Di has appeared on the cover of People magazine 57 times? However, her untimely death while being chased by paparazzi in the Pont de l'Alma tunnel in Paris brought heightened public awareness to the dangers associated with aggressive paparazzi.

Constant media scrutiny and tabloid stories have raised the ire of many, including Prince William. On the heels of their engagement announcement, Prince William is said to be observing a ‘zero tolerance’ policy toward paparazzi and intends to counteract any extreme cases of privacy invasion with legal action.
Throughout their courtship, Kate Middleton has expressed frustration with the harassment she endured from photographers. At one time, she appealed to the Press Complaints Commission when photographers would camp outside of her home in London.  In 2010, Kate was awarded $8,000 (Can.) £5,000 for breach of privacy when photos surfaced of her playing tennis during a Christmas holiday.

Chasing the Royals explores the Monarchy’s constant battle for the right to privacy against the paparazzi’s dogged pursuit to expose their personal exploits. What will the future hold for the next generation of Royals as they attempt to maintain ‘normalcy’ while living in the public eye.
Posted by Everything Royal at 11:56 AM

A wedding is a very important occasion so why not hiring our wedding security services.We can put together a security package which suits your pocket.
School Security