Yesterday was a red letter day for Everything Royal.

The Canadian Broadcasting Company visited my home to include me in a documentary about the upcoming wedding of HRH Prince William and Kate Middleton and the collecting of royal memorabilia.

It was a long day. Seven hours of shooting. We filmed in my living room which they found to be quite regal and my office (not so regal).


I have to add, having done many TV shoots and magazine interviews during the 30+ years I've had Everything Royal, this crew were the best who've ever visited me. They were over-the-top respectful of my home and possessions and , I might add, the camera and sound man were both so cute. Oh to be 35 again.
I had all handwritten letters, signed Christmas cards and photos on hand. Also all manner of gifts both given or received by a royal family member. They were pleased with my selections.


They had previously filmed at Buckingham Palace and Aynsley China. After my shoot, they were going to Caroline Davenport's home who has a wonderful Diana room.


Caroline until recently, had been a board member for the Diana, Dresses of Inspiration assisting in all exhibitions of Diana's dresses. Serving on various charity boards, raising, training and showing her dogs and being married to a Lt. Col. Ret. is a full time job leaving little time for traveling from exhibit to exhibit. She now has more time to dedicate to her charities, her Diana room for interviews and most importantly, her husband Lt. Col. James T. Davenport, USAF Ret.


The CBC will also be visiting The Franklin Mint. Here's hoping they do a good likeness to Kate Middleton. There are more doll collectors worldwide than any other item collected. 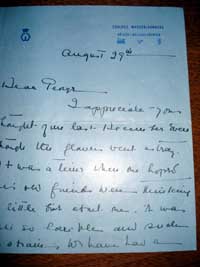 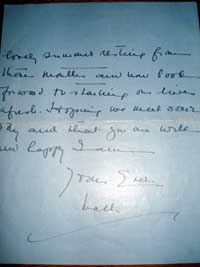 Of the hundreds of handwritten letters I had for filming from Queen Victoria to Prince William, the CBC was most impressed by my handwritten letter from Wallis, The Duchess of Windsor. As The King's Speech is being watched worldwide and is a leading contender for the Academy Awards, the letter is so historically significant. I hadn't seen or held the letter in many years. I have to admit, holding it in my hands again gave me a thrill. In the letter, written eight months after King Edward VIII gave up the throne to marry her, she speaks of their ordeal, being happy it is over and is looking forward to their new life abroad. She also mentioned he sends her flowers  daily but, sadly, some had gone astray. I realized, while they were filming, I was holding a rare piece of history in my hands.


I can't imagine the love this man had to give up the throne to be King of England to be with the woman he loved. My Jim won't give up Sunday football to take me to dinner. 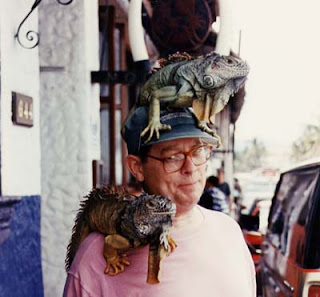 My Jim (charlesandcharles.com)
Sadly, the actress Jamie Tesdale, who happens to live next door did not get the part of Kate Middleton in the Lifetime movie, William and Kate. Not only is she tall , thin and regal, she is a double for Kate. She looked more like Kate than any other actress up for the role.


I  think the wedding is going to be bigger than anyone can possibly imagine. We haven't had a happy occasion or reason to celebrate in such a long time.
We are a country at war. Most people don't think about us being at war. I think television does such a disservice. With the war being shown in our living rooms daily, it has become commonplace, almost like a movie. Never-the-less, we are a country at war.


We are a country in a deep depression. I love people calling it a recession. Los Angeles has a million homeless sleeping on streets, in cars, etc. Everyone I know is hurting financially. Stores and businesses are closing here on a daily basis. Recession, my foot"


Back to the subject at hand. We haven't had a reason to celebrate in such a long time. Not only are we a country a war and living thorough a depression, so many other sad events have taken place. 911 was the worst thing to happen in the US since Pearl Harbor in 1941.


There are two new generations of royal watchers. I've sold 1000 Prince William posters for young girls to adorn their walls. It's every girls dream to marry a prince. Well, Kate Middleton has done it and the world is watching. She's like a breath of fresh air.


London is expecting more than 1,000.000 + visitors for the happy day. Hotel rooms and flights are booked. China is cranking out millions of commemorative pieces. (all tacky I'm sure). Not to get off on a political tirade "but" , I try to read all tags on things I purchase. It it's at all possible, I do not buy anything made in China. If we stopped buying "Made In China", there would be a great deal more businesses and factories in the US. I do believe we used to make TV's, stereos, all manner of appliances and clothing!!


I suggest, if you're looking for a wedding souvenir, you buy from The Queen's Gallery, Halcyon Days Enamels, Peter Jones , Royal Doulton or Aynsley China.

I feel for poor Kate. I don't think she is prepared for what's in the future for her. If Prince William thinks he can protect her from the nasty, disgusting (photographers is too nice a word) , he is sadly mistaken.


I fear she is going to be hounded worse than poor Diana. Her face is already adorning many magazines including, People, Majesty, Royalty, US, Hello, Tattler and more. She has brought style and glamour back to the royals. Her Majesty Queen Elizabeth II is one of the great ladies of all time, but, at 85, she is not cover girl material. Sadly, HRH Princess Anne is no longer a beauty and, I for one, will not be buying a magazine with Camilla, Duchess of Cornwall on the cover.


So, glamour and interest are back. Prince William and his Kate are absolutely the "new" Charles and Diana.!
Posted by Everything Royal at 11:09 AM

As one of the world's foremost Authorities regarding EVERYTHING Royal, you are the perfect person to start a sane and reasonable Blog...

There ARE other Ersatz "Royal" Blogs Out There, but you, having met and known many real figures in The Royal Drama that is The UK's "Firm," are the most credible, reliable and steady source of True Factual Material and educated advice regarding what to buy, where to get it, as well as your own Regal artifacts that are unique and irreplaceable.

When I held the card written by Princess Diana Herself which I had bought from you, I got that very same thrill of holding History in my hands...a History which may be gone but which can never be "re-made" I totally agree with foregoing the purchase of anything made in China for the exact reasons which you have delineated.

Prince William's choice of engagement rings for his beloved Kate (or "Catherine," as The Queen seems to think will make her less "common"!) unleashed the torrent of love and enthusiasm for our beloved and sorely lamented Princess Diana...That may have compromised Kate re: the deluge of press and media intrusion into her life, but he was making a symbolic point: His Mother will NOT be forgotten; her monument, a serpentine, dug-out leaf-filled shallow "river," will NOT be her Final Remembrance...When he is King, perhaps a suitable statue of his mother will be erected...

Congratulations on your yet another TV appearance...We'd love to see clips!!

Also, kudos to Caroline Davenport, a lovely email "pal" of mine! Her dolls have been displayed in Kensington Palace in Diana's old apartments...She has worked tirelessly for years to guard and protect the Memory of Princess Diana, and has done a wonderful job! I think that Prince William and Princess Catherine will be living there, which will be another silent but potent reminder of his Mother...I think that Princess Diana is closely "shadowing" this wedding (at least metaphorically...) and that Prince William will restore her to The Public Eye...

Your willowy friend is indeed a "ringer" for Kate...Perhaps she will get other movie parts...The future is open to her...despite one setback...Let someone else be "the experimental" version of Kate. Your friend does, indeed, have many possibilities open to her...

Your Wallis letter IS amazing...I have a book of letters which Edward had written to his former mistress, pre-Wallace. He REALLY needed a strong woman to get him out from under the hard thumb of his parents, King George V and the stolid Queen Mary...the woman who taught Queen Elizabeth II the importance of never smiling and never being too "familiar" with her people. Still, QEII has been a fantastic Queen...

I only hope that The Firm decides to sideline Camilla when the choice comes for Charles. Constitutionally, a a divoprced person whose former spouse is still living makes that person ineligible to be Queen...at least that's what Anthony Holden wrote in his 1993 book, The Tarnished Throne...

A toast to you, Alicia!

Tina Serafini
author and admirer of Everything Royal